Virtual Reality and 360 storytelling is a field full of innovators. They are no set boundaries and most creators are figuring out innovative rules as they go. This makes the medium exciting but at the same time a little frustrating as there are no set rules for what works in VR and what doesn’t. One major challenge in VR content creation is directing user attention.

In VR, action is happening all around the viewer so it is very easy for them to miss important things. Therefore, it becomes very important to guide user attention to important parts in the VR scene. This article discusses different ways to direct user attention in VR (specifically 360 videos) and the use of analytics to measure what techniques work most for your content. 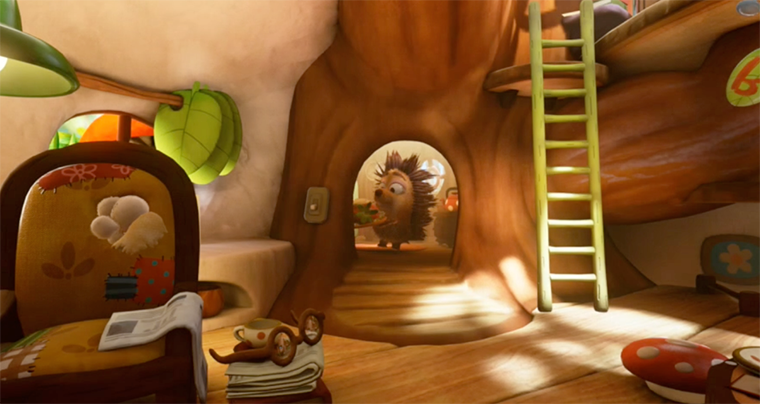 Henry in the kitchen – All the sound comes to the users from doorway.

In theatre the director uses lighting to direct the audience focus to specific scenes or highlight contextually important props. Similar techniques can be used to direct users attention in a VR environment. The way certain areas are lit or unlit can help in directing where the users can go or what they can interact with. Spotlights can be effective to direct user focus to specific objects. For instance Cameron Grey’s movie “Never Bout Us“, lighting was used effectively to direct user attention to different parts as the video progresses.

These are some of the methods to direct user attention in a VR environment. Though it is very much necessary to study what method works for your content. To understand what works and what doesn’t works Virtual Reality Analytics tools can be used effectively. VadR’s Analytics platform provides various metrics and features to check user attention on the points of interests. We discuss some of the tools here.

Heatmaps are effective way to understand how users interact with VR content. For VR we can know exactly where users are looking, using this data we can know whether the users are focusing on specific areas or not. Heatmaps overlaid on your content helps to quickly understand what are the hotspots of user focus and where they are not focusing. Aggregating this data over multiple users helps in understanding the effectiveness of your content in directing user attention.

In our previous post (here) we introduced MapScanner. Heatmaps are effective in understanding general patterns but they fail to present quantifiable numbers. With this in mind we introduced MapScanner. MapScanner can be used to understand how many users are focusing in a given region. It may be possible that some users focused intensely in a region while most of the users are not focusing, in such a scenario heatmaps cannot be effective but combining it with MapScanner can be very beneficial in understanding users attention.

Heatmaps and MapScanner are great way to understand user attention. But these are general purpose tools and not specifically tailored to understand user attention. Object Tracker on the other hand uses advanced computer vision to track any object (an advert, main character, etc.) in a 360 video or interactive VR content and records user focus on them. Focus is metric with value varying from 0 to 1 which shows how much user is paying to an object. A score of 1 means user is directly looking at the object while a score of 0 means object is not in users vision. This focus metric can be visualised as heatmaps or graphs. 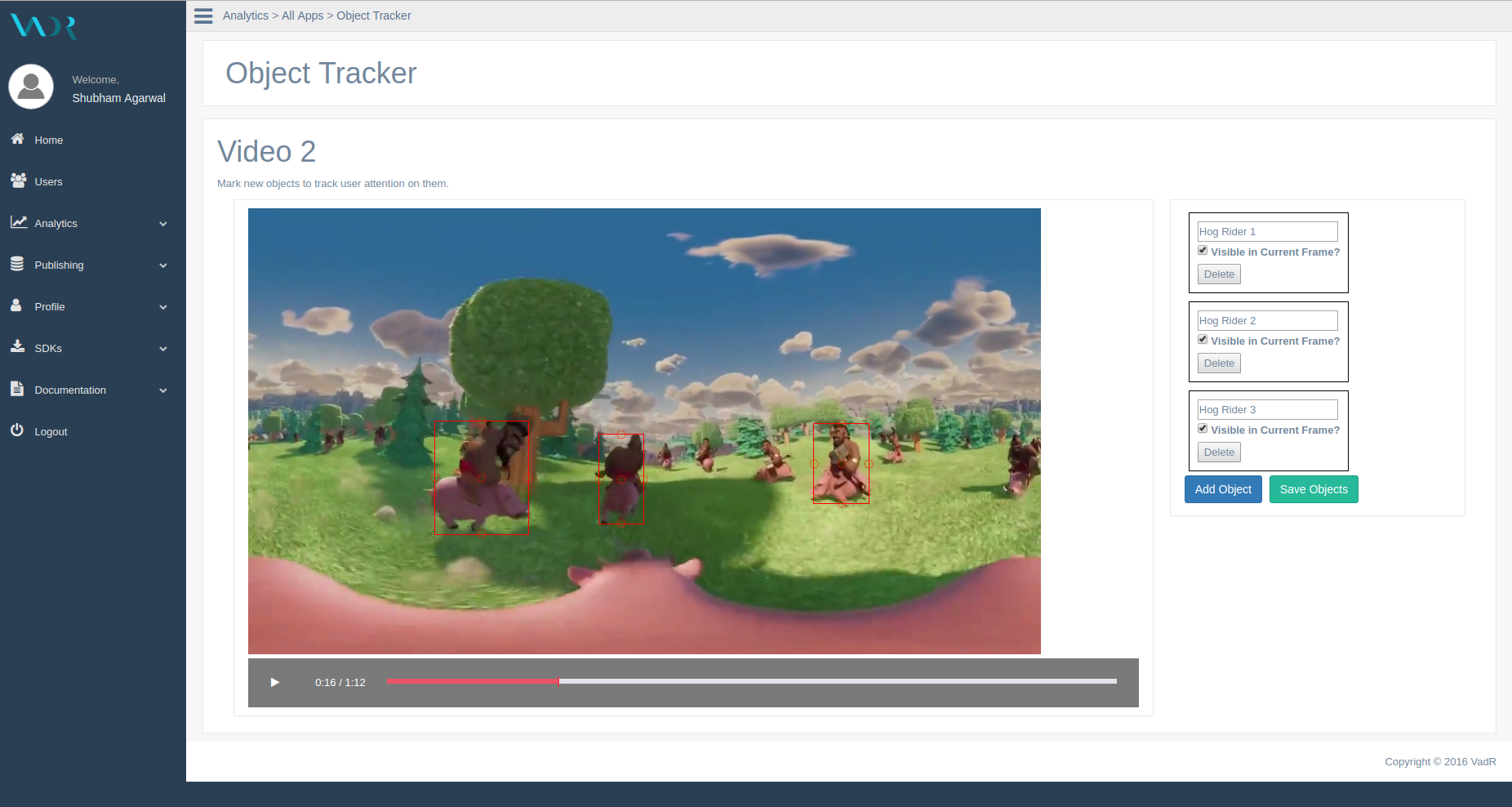 In VR, giving the users freedom to look around results in a reduced ability for content creators to direct user attention, which is required for successful story telling. There are some guidelines to direct user attention, but there are no rule of thumb. Some methods might work for one content while the same may not work for other content. Hence understanding what works for your content is very important. Using appropriate tools in analytics, it could be understood which method is more effective in directing user attention for your content. VadR provides various tools to understand where users are focusing.